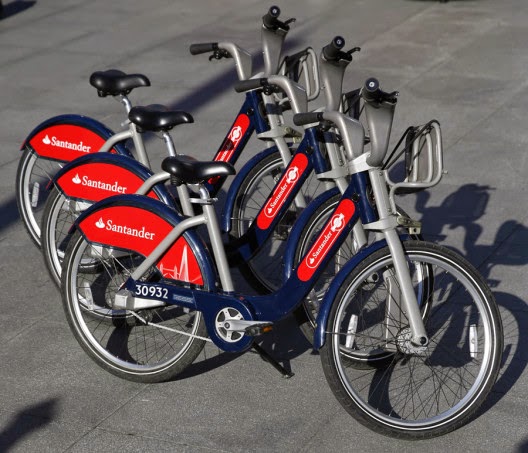 The not-so-well-kept secret is out that Santander will be the new sponsor of cycle hire in London.

From April the bikes will turn red with the new Santander colours.

the new deal brings more money annually to the scheme than Barclays, and promises to promote the bikes more widely.

The promise of 1,000 new docking stations this year remains. Sadly, no expansion of the scheme has been promised alongside the new sponsorship.

While I welcome the new energy and cash that Santander brings, it is to be hoped that the bikes will go further in 2015 and beyond, as cycle hire becomes more integrated into London life.

Please sign this petition to bring Boris bikes to south-east London - money has been promised by Southwark Council, but the scheme has not to date been realised.

Boris Bikes is a free independent community forum and in no way associated with Transport for London or Barclays plc.